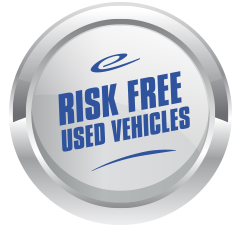 0 people have recently viewed this vehicle
Alerts Save Compare

This vehicle qualifies for our exclusive "RISK FREE" guarantee. This includes:

We are Western North Dakota's largest Ford Dealer. Winner of Ford Motor Company's prestigious President's Award for sales, service & customer satisfaction for the past six years in a row! We have been in business since 1981 and are locally owned and operated. At Eide Ford, we believe in giving you a fair and competitive price upfront. All of our vehicles feature our Markdown Pricing to ensure you feel confident about getting a good deal and excellent overall value in your vehicle purchase. We would also love to have your trade! We will give you Fair Market Trade Value for your vehicle. Want to know what your trade is worth? Use the KBB Instant Cash Offer feature on our website to receive a guaranteed value for your vehicle! We also offer convenient service hours during the week and all day Saturday plus we have a dedicated Diesel Repair Facility & Collision Center. All of our vehicles are also offered with a free Autocheck Vehicle History Report. We are very serious about your satisfaction and our aim is to make your experience with us Simple, Fast & Fun. Eide Ford pre-owned vehicles come standard with one key. If we received more than one key from the previous owner, we include them. Additional keys, as well as dealer-installed accessories, may be purchased at the time of sale.

Model Overview
The Explorer is offered in base, XLT, Limited, Sport and Platinum models, but no matter the model, it comes with three well-designed rows of seating and room for up to seven (the second row comes with two bucket seats for adults). While the third row is kid-sized, it's easier to fold than those on just about any other model, thanks to the simple, single-button power-folding system. Parents will also note that LATCH fasteners for child seats are included in the second-row outboard positions. Both the second and third rows flip forward, giving a cavernous 81 cubic-feet of cargo space.

The 4-wheel-drive system in the Explorer is available with both engines, and it is designed with the urban driving done by most Explorer owners in mind. The system includes a Terrain Management system that cleverly recalibrates itself for snow, sand or mud when needed. With 4-wheel drive, there's also Hill Descent Control, to help maintain composure on steep, slippery slopes.

MyFord Touch combines a host of vehicle, information and entertainment functions in an interface that appears a bit like that of iPads or other tablet computers. The system works together with Ford's Sync interface to interact seamlessly -- and with voice commands -- with media players, smartphones and music on USB sticks.

Getting financed with us is fast and fun. Whether you’ve always enjoyed a sterling credit history, are currently working on improving your credit score even more, or this is your first time buying a car, you can count on the friendly experts at Eide Ford Lincoln to make the whole process transparent and easy to understand. To learn more and get the ball rolling on the right loan for your unique financial situation, call (877) 794-3730 or apply online now.

What is the financing process like at Eide Ford Lincoln?

Easy and relaxed. Our primary goal is your total satisfaction, so we provide you with as much time and expert insight as you need to properly consider all of your loan options. This commitment to friendly, honest, and fair service is truly a breath of fresh air and ensures that you drive away happy, satisfied, and behind the wheel of the vehicle you've always wanted.

What are the steps in the financing process at Eide Ford Lincoln?

Great question. Securing a competitive loan from Eide Ford Lincoln takes only three easy steps. First up is to either apply online for pre-approval via our quick and convenient online credit application or call (877) 794-3730. From here, one of our financing experts will connect with you to go over the details of your loan offers and ensure that you have everything you need to make a smart and informed decision.

After reviewing your proposed loan terms and consulting with our financial advisors and your trusted personal confidants (friends, family members, etc.), there is only one step left: Finalizing the perfect loan for you via a simple and respectful process. By following these three short steps, you can make the most of the best loan experience here in Bismarck.

What is involved in securing an auto loan in Bismarck ND?

The answer to this question includes a variety of factors, such as:

People from all around Bismarck come to purchase a clean car, truck, or SUV from our used car lot each and every day. Most loans prepared by our team are entirely unique, so the factors that will shape your bank loan will depend on your specific situation, desires, and needs.

Our expert financial professionals are happy to find and present lots of great offers to ensure that you are in complete control and that you are receiving the best deal possible on the loan you need. Our customers make great and informed decisions based on all of their available options thanks to a perfectly transparent process that we take seriously.

Who can I call at Eide Ford Lincoln to get the financing process started?

Any of our amazing specialists will be more than happy to help you get the ball rolling on your dream car. All you have to do is dial (877) 794-3730 when you have a few free moments and you'll soon see that getting approved for a car loan at Eide Ford Lincoln is quick, easy, and convenient.

* Pricing -  All vehicle pricing shown is assumed to be correct and accurate. Incentives, credit restrictions, qualifying programs, residency, and fees may raise, lower, or otherwise augment monthly payments and/or price. Additionally, incentives offered by the manufacturer are subject to change and may fluctuate or differ based on region and other considerations. Unless otherwise noted or specified, pricing shown does not include title, registration, or tax fees and costs.

* MPG - Vehicle information, as well as features and other inclusions, may vary by model and are based exclusively on standard equipment. No claims, warranties, or guarantees have been made related to the accuracy of customer payments, model equipment, or vehicle pricing. Please call with any questions you might have and to reassert the accuracy of any information presented here.