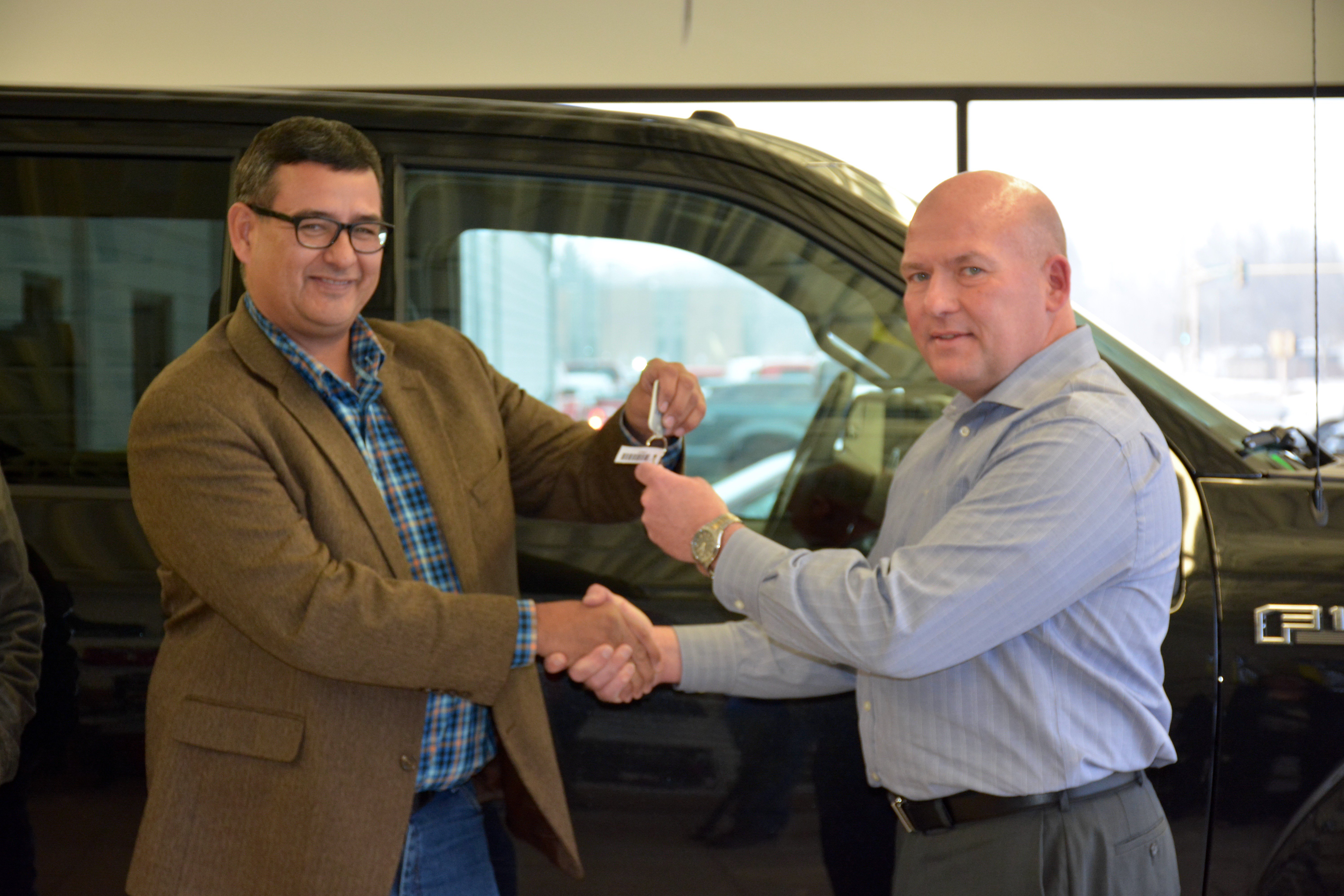 On January 6, a group from the Mandan, Hidatsa, and Arikara Nation visited Eide Ford to receive a new 2015 F-150 donated from Wounded Warrior's Family Support (WWFS). The F-150 is one of two trucks donated for military veterans at Three Affiliated Tribes and the Standing Rock Sioux Tribe, respectively.

WWFS bought the trucks at Eide Ford to donate to the two tribal organizations with funding from its "Mobility is Freedom" initiative. The money for the fund came from the WWFS High Five Tour which is supported by Eide Ford.

"Native Americans have the highest percentage of military veterans amongst any ethnic group in America," said Ron Julianelle, High Five Tour Coordinator at the Omaha-based WWFS. "Veterans at both reservations have to travel long distances to reach V.A. offices and hospitals, and these trucks will help them receive the benefits that they've earned."

Eide Ford has been a proud supporter of Wounded Warriors Family Support, hosting the HIgh Five Tour to help raise funds in support of veterans throughout the country.

"Our team at Eide Ford is very happy to provide these two trucks for such a great cause here in North Dakota," said General Sales Manager Casey Neumann. "These Native American veterans have overcome adversity and served our country with honor, and we're glad to support the effort to help them get the services they need."

With the "Mobility is Freedom" project, WWFS donated more than $1,000,000 in new Ford vehicles to be used by qualified wounded veterans throughout the U.S. in 2015.

For more information about Wounded Warriors Family Support and the "Mobility is Freedom" project, visit wwfs.org.