The Eide Ford softball team was one of over 450 teams that played in the 43rd Annual Sam McQuade Sr./Budweiser Charity Softball Tournament the weekend of June 22-24, and this year's tournament was another huge success!

As one of the largest events in North Dakota, softball teams of all calibers show up to have fun, raise funds, drink Budweiser, and hopefully win "The McQuade."

There are over 15 divisions in this tournament, and each year it raises money for local charities and organizations that work with people who have special needs.

Adam Griffith, "Expert Stander" on the team (see video above), says that everyone looks forward to playing in the McQuades Tournament each year.

"It's highly attended and publicized, and it's for a very good cause," he says. "There's a lot of people in town for it so you play in front of more people than usual, and everybody is pretty amped up."

Of course, Adam adds that it's pretty fun to be able to say you won – if your team makes it that far.

Unfortunately, the Eide Ford team fell just short of making it to the championship round this year when they lost their second game after winning the first.

"The competition in our league (Rec 4) was basically other players and teams that are not necessarily trying to win every night, but play to get together with friends and colleagues during the week," Adam says. 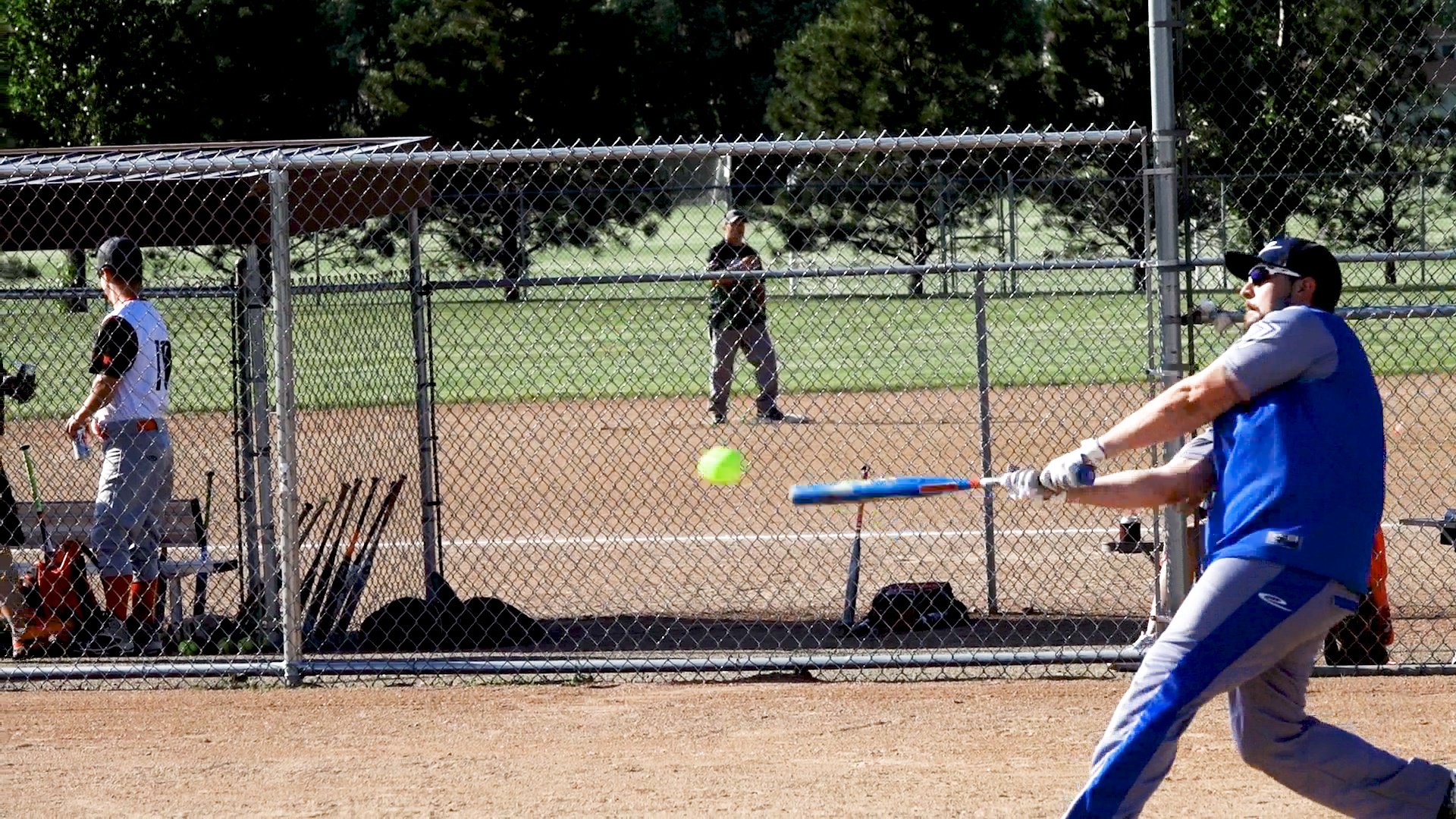 While teams do travel to Bismarck from all over the U.S. for this tournament, the less-competitive Rec 4 division is made of teams mostly from North Dakota.

While the guys on the team don't have an "official" MVP, Adam says that Deno Muller is a standout player.

"It's because of his age," Adam says. "He's an old man out there on the field compared to the rest of us."

The Importance of Community Involvement

"People who do business with us here at Eide Ford are from our community, so it's nice to interact with our customers in a more personable way than just in the dealership," Adam says. "When I get to play softball against someone I've sold a vehicle to, it creates a very friendly environment."

Learn more about Eide Ford's community involvement and say hi next time you see us out and about!