Here in Bismarck, we know having caring and knowledgeable employees is what makes our dealership the best place to come to buy or service a vehicle.  We're proud to say our September Employee of the Month is a team member who epitomizes that blend of auto know-how and accessibility.

Eide Ford's Employee of the Month for September 2016 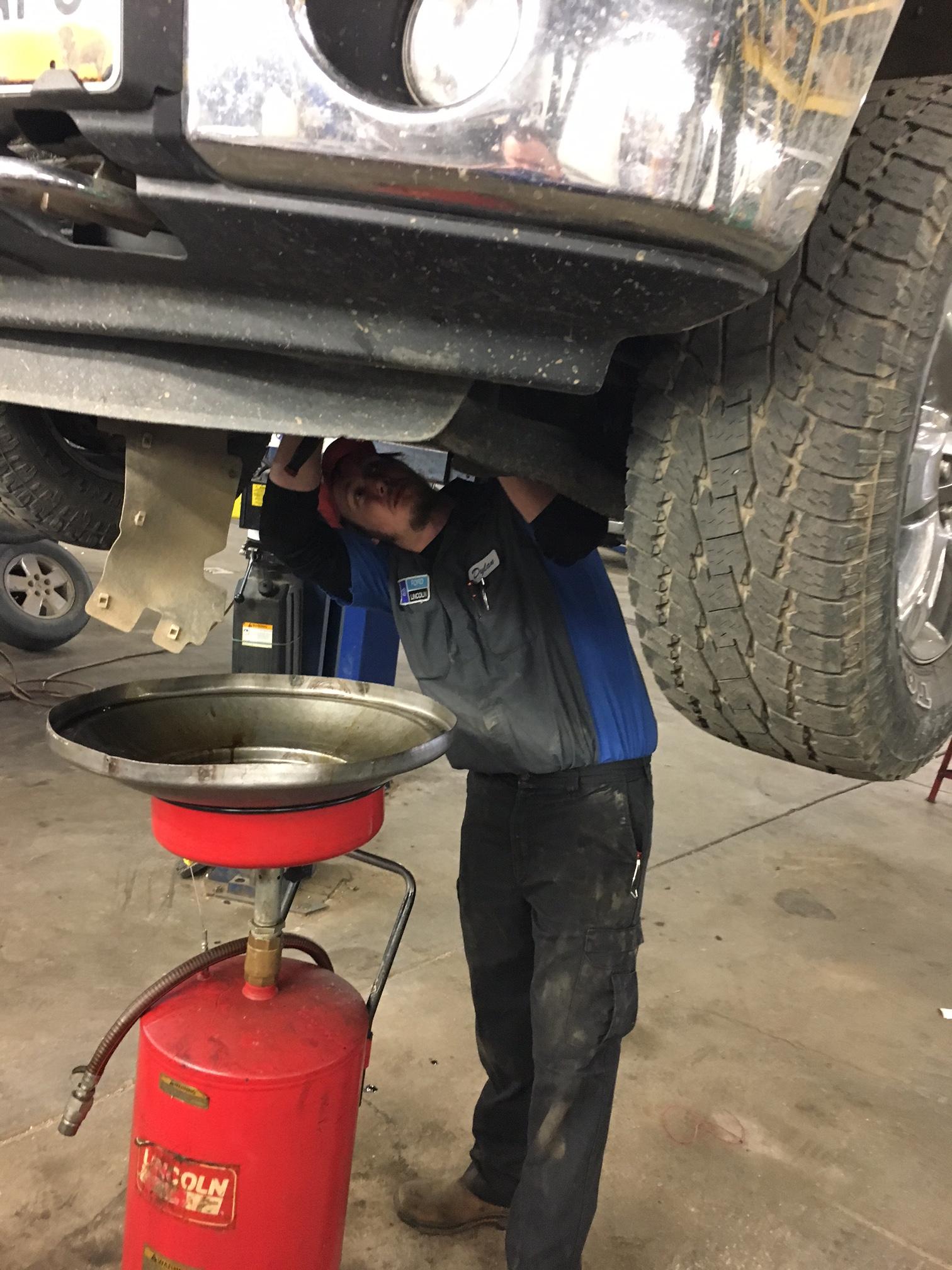 How long have you been working for Eide Ford Lincoln?

What do you like about working at Eide Ford?

Dylan: I enjoy everything about working here: The management, the people, the work. I never really got a chance at my other job to show what I can do.

What's the best part of your job?

Dylan: I always liked tearing stuff apart though, even when I was kid. Getting to really dive into what the problem with a car or truck is and then make it better is something I really enjoy.

What is your favorite vehicle to work on?

Dylan: I don’t really have a favorite to work on, but in general I’m a big fan of Ford Mustangs and the Ford Bronco.

According to Parts & Service Director Ryan Else, Dylan was actually recommended for employee of the month by the Eide Ford sales team.

When a customer was considering whether or not to buy a truck that had some issues, Dylan stuck around after his shift to go over the vehicle with the customer and a salesperson.

He ran a test to hone in on what was wrong with the truck: a misfire issue. Then, he explained how it could be fixed.

"I just told them that I wouldn't be scared to buy it," Dylan says.

The sales department says it made a difference.

It is those people skills, Else says, that set Dylan apart on the Eide Ford service team.

"A lot of technicians aren’t people persons. But Dylan is," he says. "He’s very friendly, and willing to explain things to customers."

Dylan spends some of his free time racing, which he's been doing in the Bismarck-Mandan area for about 4 years.

"That's part of the reason I was excited to hire him," Else says. "Racing is kind of his passion, and anybody who’s into racing knows about cars."

That experience has been helpful, Dylan says.

"Pretty much whatever they gave me, I’m not afraid to do it," he says.

Dylan is grateful to his coworkers for the recognition, and looks forward to fixing and improving more Bismarck vehicles.

Have you had a chance to work with Dylan? We'd love to hear from you in the comments below!