Sure, when you're a dealership, selling cars is good. Selling cars is important. But we aim to do a bit more than that here in Bismarck.

Last month, internet sales consultant Chris Hill embodied the extra mile Eide Ford Lincoln strives for. Chris set a high bar for himself for all the right reasons, and we're incredibly proud to say he got there.

Each October, Eide Ford participates in Breast Cancer Awareness Month by pledging to donate $25 to the Bismarck Cancer Care Foundation for every car we sell.

This year, Chris decided to use that cause to push himself when he set his sales goal - a personal best 20 cars sold in just one month.

"I wanted a goal that was attainable but something I hadn’t done before," he said.

But the best part?

"I decided I would match Eide’s donation for every car I sold," Chris said. 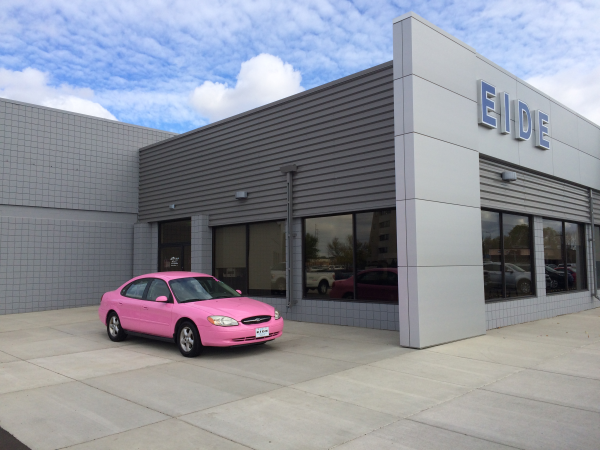 "His perseverance was really from the heart," said general sales manager Casey Neumann. "He believed in this and he went after it. That was his character on display."

It wasn't an easy month. Chris doesn't think he took a day off, and on Friday, October 28, he had 18 vehicles sold.

"I think I talked to more people last month that I ever have before," he said.

Chris had Saturday and Monday off, but that close to his goal he wasn't willing to let up. He decided to come in for work Saturday - to no avail.

But when he passed on another day-off on Monday...

"It ended up that I had a couple come in on the last day, and they bought two cars from me," Chris said.

"We couldn’t be any more proud of Chris," said Casey. "When this started last month, he came to me and I knew he could do it. He put in an immense time commitment, and that yields results."

"It was one of the most independent personal commitments I’ve ever seen," he added.

"I will definitely be pushing my self a lot harder now that I know I can do it," Chris said. But he said he also learned how valuable that time away from the job can be.

"There's a balance that has to be there. By November 1, I was exhausted."

Read on to learn more about October's Employee of the Month, or see previous winners. 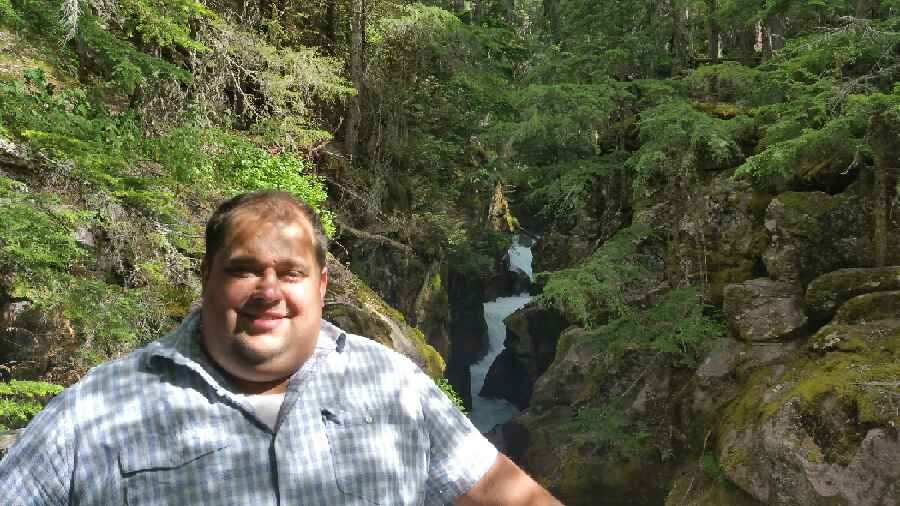 Eide Ford's Employee of the Month for October 2016

How long have you worked for Eide Ford Lincoln?

What do you like about working at Eide Ford?

Chris: I just like the people I work with. I look at other car dealerships around Bismarck and I don’t see how I would want to work anywhere else.

What's the best part of your job?

Chris: My favorite part of my job is when you get a lot of young people in here, looking for a vehicle, and having them realize it’s not about a monetary value for me - it’s about helping them. Then, seeing the excitement on their faces when they buy it is the best part.

Why is Eide Ford different from other Bismarck dealerships?

Chris: The brand. Ford is such a good brand to sell.

But in general, the things we’re pushing for the community. This month's Food drive. And then last month with the donations to the Bismarck Cancer Care Foundation. There’s more things important to the store than just making money. They care about the people that work here and the people that buy from us.

What is your favorite vehicle to sell?

How do you spend your free time?

Kevin: I love to travel. I took a road trip last month out to Glacial Park. It's awesome to have the chance to get out and see something I’ve never seen before.

Who would you like to thank for this award?

Chris: Well definitely Jesse, Casey, and everyone on the team. But also every one of my customers that helped me get my goal this month.

And my mom, who would text me every night and say “Did you get one?” She really made a big difference to me. I had a lot of support from everyone that worked here.

Have you ever had the chance to meet Chris? Were you one of the 20 that helped him hit this goal? Let us know in the comments!