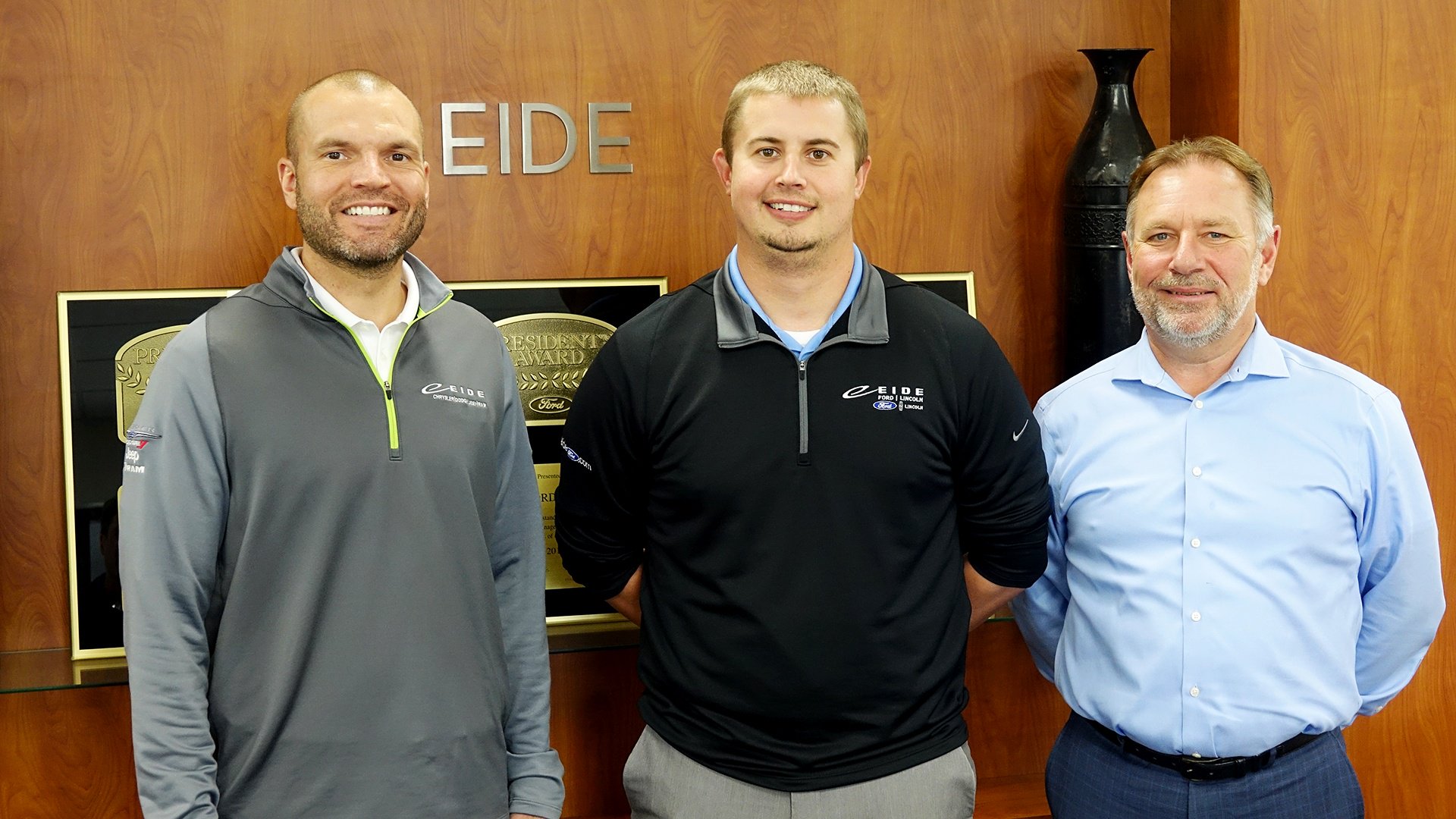 After serving as the inaugural general sales manager at Eide Chrysler, Jesse Schuchard has assumed a new role as the General Sales Manager at Eide Ford.

The Ford store is a familiar place for Schuchard, who started as a salesperson there in August 2012.

After serving as a salesperson, accessories manager, and finance manager at Eide Ford, Schuchard was tapped to be the general sales manager at the new Eide Chrysler store in December 2016. Through the next year-and-a-half, he worked with his sales team to establish a strong foundation of customer service for which Eide dealerships are known.

A Continued Reputation for Quality Service

In his new role at Eide Ford, Schuchard aims to improve a the store's already-strong reputation in Bismarck.

"Eide Ford has been in the community for a long time, and my job here is to maintain the high level of customer service," said Schuchard. "I want to make sure our sales staff is knowledgable in the products, and is prepared to help every customer who walks through the door."

Although he's coming back to familiar faces at Eide Ford, Schuchard is grateful for his time at Eide Chrysler.

"I'm going to miss seeing the people at the Chrysler store every day," he said.

A Confident Step for Eide Ford

Jesse Peterson, the Vice President and Managing Partner of Eide Ford, has full confidence in Schuchard's ability to lead effectively.

"He did a tremendous job as the general sales manager at Eide Chrysler," said Peterson. "Jesse was the natural choice for this role. Jesse has very strong leadership ability. His staff universally loves working for him. He works with his people. He's a very positive person. That's exactly the type of person we want leading the sales department at our Ford store. He's got a bright future with our company and this is a step in the right direction for us."

Schuchard grew up in Carrington, N.D., and moved to Bismarck in 2002. When he's not working at the dealership, Schuchard spends time with his wife and their two young daughters. He also enjoys playing softball (although he's still finishing his season on the Eide Chrysler team).