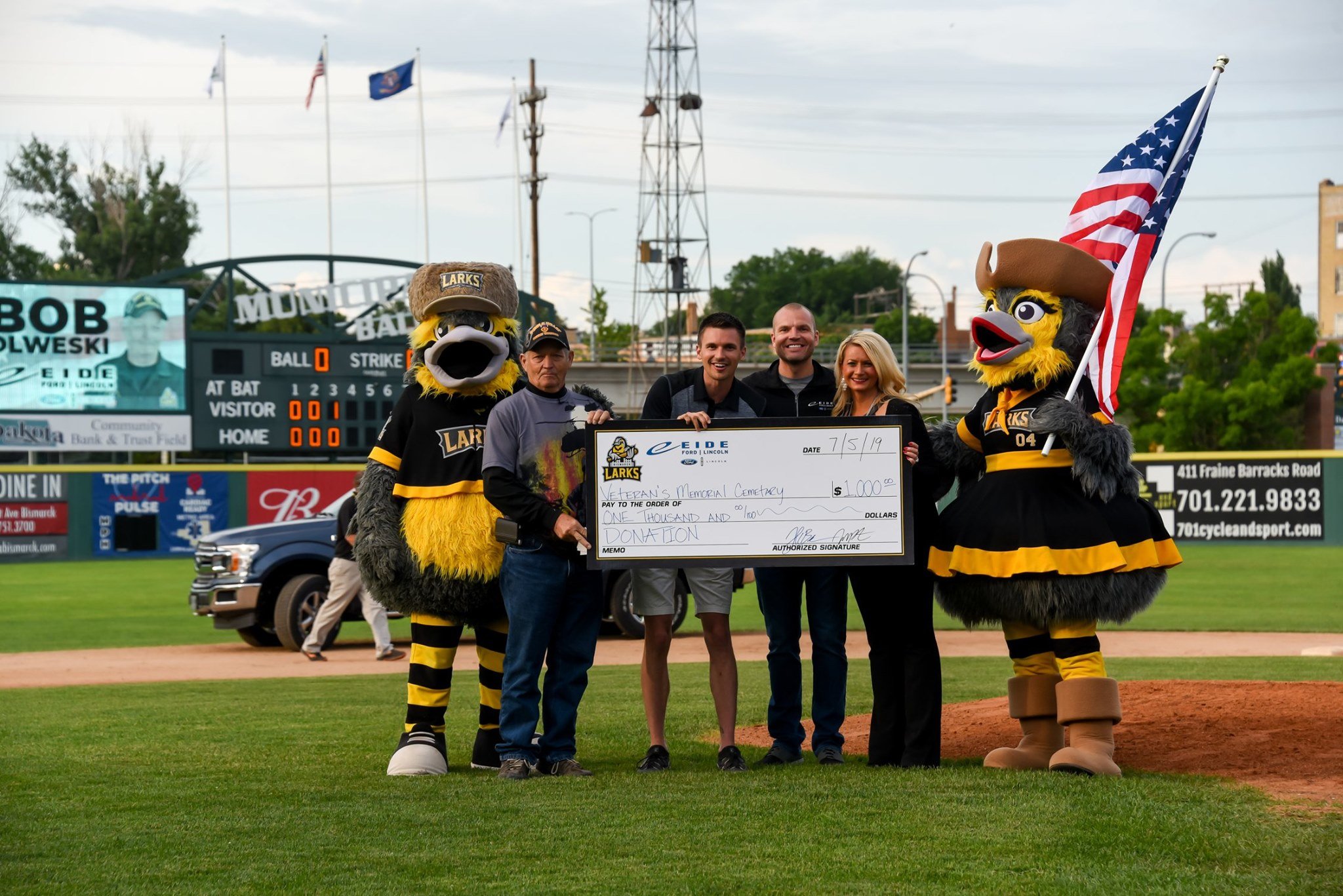 “All veterans are heroes.”

This is a statement made by Bob Olzweski, the 2019 Eide Ford Veteran of the Year!

Learn why Eide chooses to support our veterans, and how we gave one deserving local vet a brand new 2019 Ford F-150!

A Military Career Worth Recognizing

Bob Olzweski has spent a majority of this life fighting for the country he grew up in, and served in the U.S. Army for four decades, beginning in 1968.

As a teenager from a small town in North Dakota, Bob has come a long way since his first tour of duty in Vietnam. He ended his military career as a decorated veteran who traveled the globe defending his home. Some of his awards and medals include:

In addition to serving in Vietnam, Bob also represented our country during Operation Enduring Freedom in Afghanistan and Uzbekistan, and retired as a Chief Warrant Officer 4. Even after officially retiring from the military, Bob continues to dedicate time to honoring current and fallen soldiers.

Bob attends several military funerals throughout the year where he presents the colors to fallen soldiers’ families. He also attends legislative sessions and provides feedback in order to improve the benefits for our country’s brave veterans.

Bob is someone who Eide Ford, the Bismarck Larks, and the entire Bismarck-Mandan community are proud to acknowledge. And that’s exactly what we did earlier this month during Military Appreciation night at a Bismarck Larks baseball game.

“Bob represents the things that are important to us here at Eide Ford. He has served his country honorably and given back with his time to help others. We’ve made it a point over the last number of years to give back to our great community and doing this for Bob honestly feels really good.”

To show our appreciation to Bob, Eide Ford presented him with a brand new 2019 Ford F-150 XLT. Bob has always been a Ford guy, and even owns a 1978 Ford. Looks like he’ll need to make room in his garage for this new truck!

Why Eide Supports Our Local Veterans

The Bismarck-Mandan community has been good to Eide, including our local veterans. Our community is why we’re in business, and it’s why we continue to support organizations that give back to our community members.

Bob and Eide Ford are donating the $1,000 Veteran of the Year prize money to Veterans Memorial Cemetery in Mandan.

Bob doesn’t stop helping the army and those who served in it, and for that reason he is the 2019 Eide Ford Veteran of the Year!