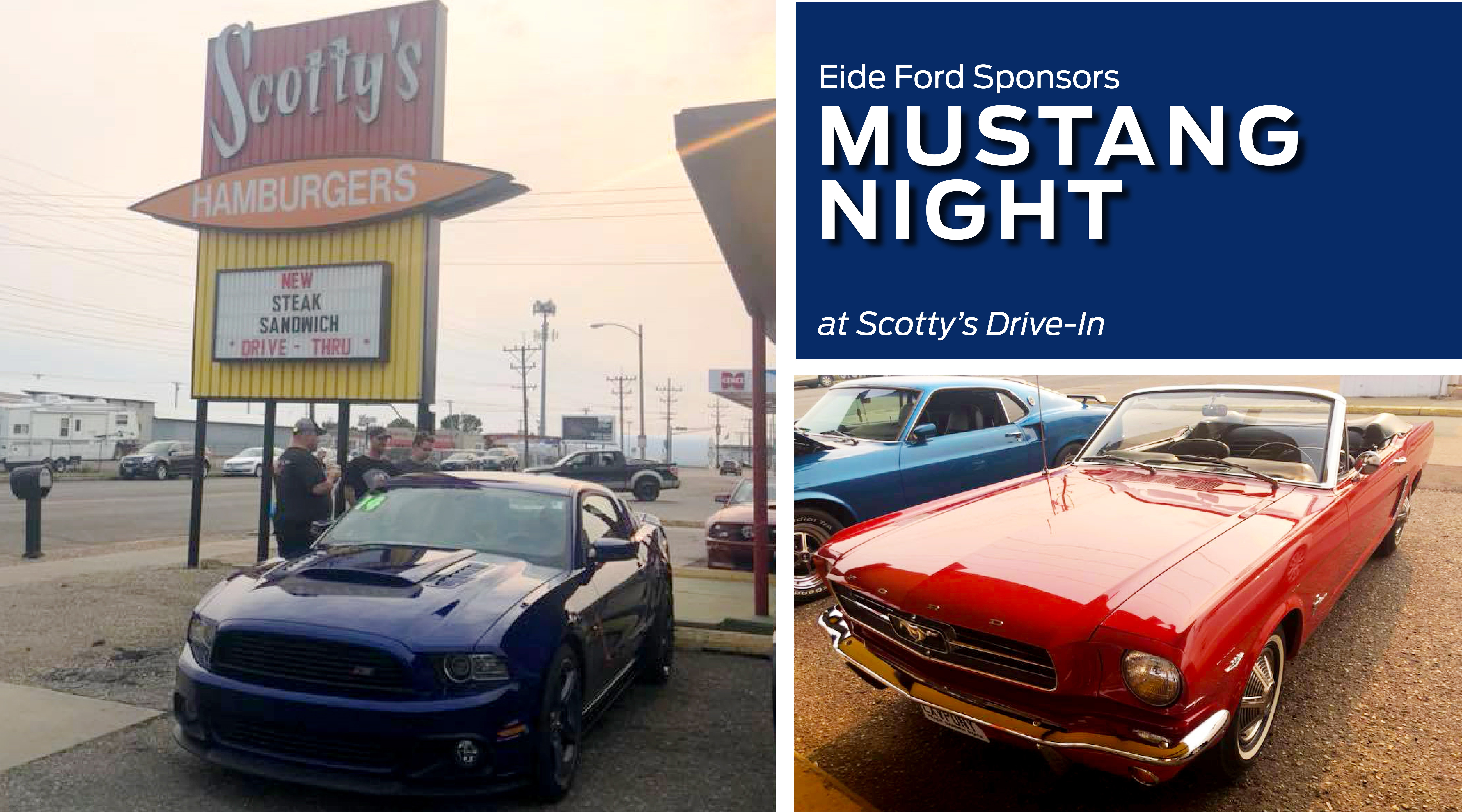 It's not uncommon for Bismarck-Mandan residents to see specialty vehicles showcased at the popular eatery Scotty's Drive-In during the summer months. Including both classic cars and new, the parking lot of this Bismarck hot spot brings together everyone's favorite things - good burgers, sweet treats, and hot rides.

Local Mustang owners recently had the chance to show off their wheels during Mustang Night on August 20, which was hosted by Eide Ford and Scotty's Drive-In.

Chris Hill, Sales Consultant at Eide Ford, helped organize the event. He says that after Scotty's held a successful Mustang Night back in July, they asked Eide Ford to sponsor the next one.

"For this sponsorship, we brought some Mustangs and gave away free ice cream cones to anyone else who brought their Mustang," Chris says. "There were a ton of people there – about 40 Mustangs. It was a really good turnout and a family event."

Mustang Night brought people and Mustangs of all ages down to Scotty's.

"People brought classic Mustangs, and newer ones as well," Chris says. "They were all really cool, but one that stands out was a 1969 "Eleanor" Mustang Fastback like the one in Gone in 60 Seconds. A couple people brought some really nicely restored 1965 mustangs as well."

Eide Ford brought a 2015 and 2014 Rousch Mustang to Mustang Night. Chris says that while he really likes to see the older models, the newer ones are fun too!

A Commitment to Our Community

Chris says that it's important for any business to stay active in a community.

"It was a perfect time to meet and be around other Ford Mustang owners and see what's going on in Bismarck."

It's always fun to partner with other Bismarck-Mandan businesses like Scotty's Drive-In, and we had a great time with all of the Mustang enthusiasts in the community. Thank you to all who enjoyed this event with us!